About Keurig
Keurig coffee makers and other products are produced by the American company Keurig Dr Pepper. Headquartered in Burlington, Massachusetts. It is best known for K-Cup pods, the single-serve coffee pods. They function by expressing hot water through coarsely ground coffee grounds, tea leaves or powdered chocolate, milk, lemonades, cider, and fruit-based drinks or flavorings.

Our most comprehensive look at Keurig models in our 2020 Keurig Coffee Maker Buyers Guide which compares 8 top models. You can also read our review of the Keurig K70 model and we will be publishing other reviews and buyers guides throughout 2020.

Keurig utilizes a large number of partnership licensing deals. This allows them to offer 400 different varieties and 60 brands of drinks. These include Vue, K-Carafe, and K-Mug pods among many others.

Keurig, Inc., was founded in Massachusetts in 1992 and launched its first K-cup systems and pods in 1998. Initially they targeted small business market. By 2004 they began targeting home users directly, many of whom first used their pod coffee makers at work.

Green Mountain Coffee Roasters changed its name to Keurig Green Mountain in 2014. In 2016 the company was acquired by an investor group led by private-equity firm JAB Holding Company for nearly $14 billion. In July 2018, the company merged with Dr Pepper Snapple Group in a deal worth $18.7 billion, creating Keurig Dr Pepper, a publicly traded conglomerate which is the third largest beverage company in North America. The Keurig K70 Platinum is offered by Keurig Dr Pepper.

For quite some time there has been mounting concern about the environmental impact of pod-based systems and Nespresso systems. This stems from the amount of packaging for a given drink. It not only uses a lot more packaging but is bulkier, so a given volume of coffee has an arguably much larger carbon footprint than loose ground coffee or beans.

This comes from several sources including more packaging, higher transportation and storage requirements, among others. Keurig and other pod system companies have taken efforts to address and offset these concerns but the response to this effort is controversial.

K-Cup pods range in price a lot. Most often they are $.38 to $.48 per drink. A pound of espresso beans can make 32 shots or more so you can save anywhere from $.05 to .20 per drink. Multiply that by three drinks a day for 3 years and the difference is $164 to $657 in savings from switching from pods to beans. 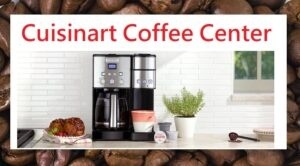 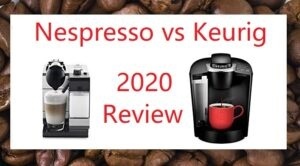 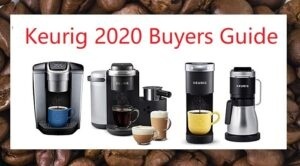 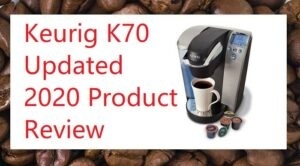 Keurig K70 Review With Some 2020 Alternatives Our original Keurig K70 review recommended it as a great machine. While that is still true, today is has a lot of competition. It is also getting hard to find the K70 new and we are not big fans of refurbished machines, especially at this price level. So […]